A Fortnight Mission. Art Nude Shoot in the U.K. Part 1.

A Fortnight of Art Nude...Fine art shoot in Scotland, The United Kingdom.

In mid-October 2019, Von Trapp Photography traveled to the United Kingdom for two weeks of planned shooting to create fine art images on location in the Scottish Highlands and Lake District of England.

During this grand trip, I was grateful to once again work with the U.S. based model Kat, who I worked with in Venice in 2017. She along with Photo Production Assistant Mina Smith accompanied me to Edinburgh, Scotland, with each of us flying from different locations in the states. There we were met by English Photo Production Assistant Steve, who drove up from England to Scotland.

We spent the next week living in a motor home, traveling partway up into the Highlands and then down the west coast of Scotland. The red dots on the map below indicate my planned photoshoot and overnight locations, along with 3 yellow dots which were possible food shopping locations. 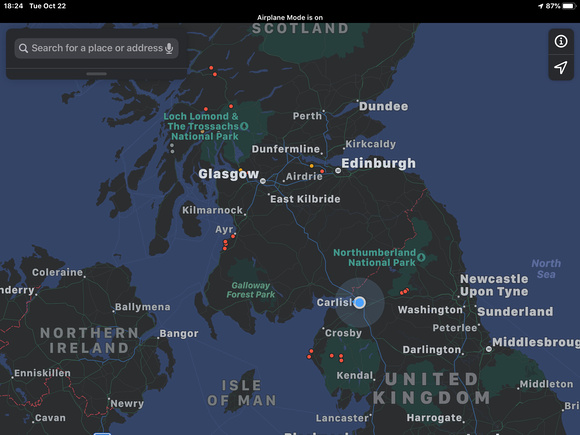 Von Trapp Photography's planned locations in the Scottish Highlands, and Lake District of England. Here the blue dot shows our location at the end of the first week in Scotland as we made our way to the Lake District in England.

Our shooting and travel schedule was very ambitious, and in the first week it took us to 5 castles, 2 beach locations, high into an alpine valley in the Glencoe area, to some hydroelectric pipes in Kinlochleven, and a stone circle and cairns in Argyll. All of which was in Scotland.

Each day was long as most of them involved an early and chilly morning shoot followed by a several hour drive to the next location for an afternoon shoot. Then to a nearby location where we would spend the night, along the roadside, in a campground or at a picturesque location with a parking area. I was able to plan it so that the aforementioned picturesque locations were also the next morning's shoot location.

Here are some of the captures we created during this first week. 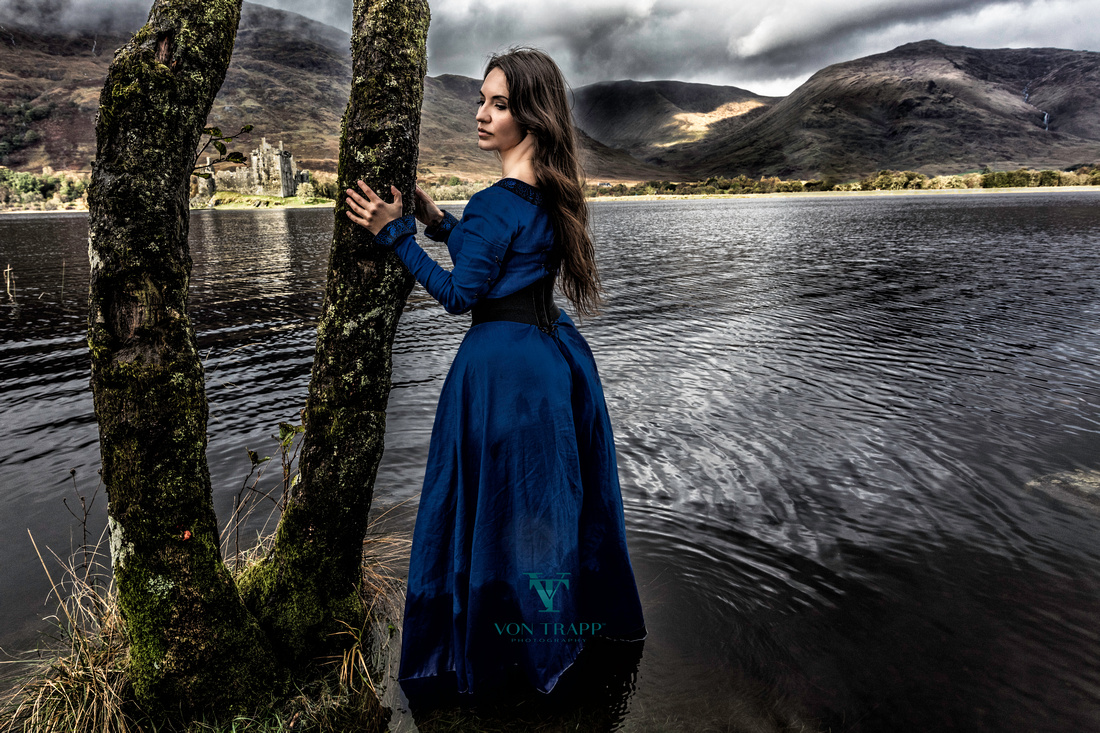 Lost In Time v.2a by Von Trapp Photography 2019.(From the series: Lady in a Lake)
Photographed in Scotland our model channels her inner highland lass.
Model: Kat 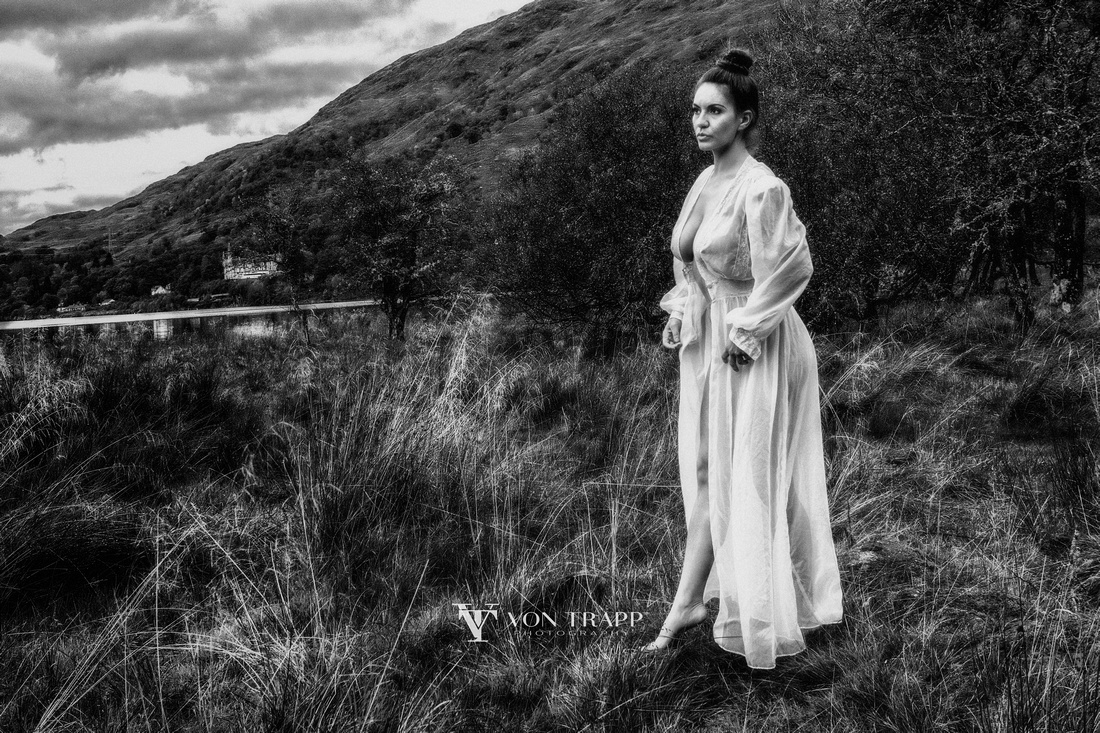 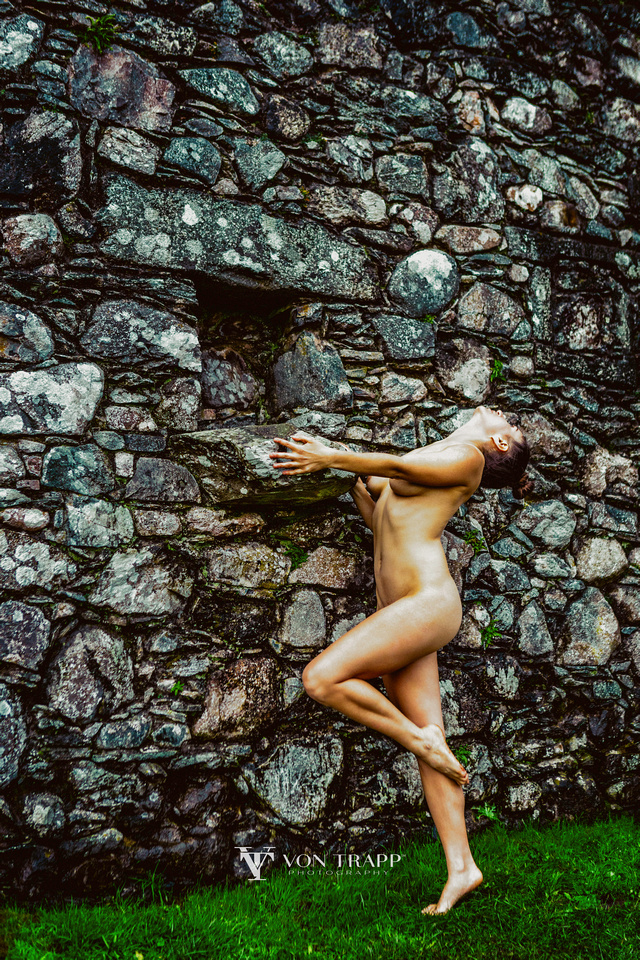 Nude and Stone v.2 by Von Trapp Photography 2019.(From the series: Nude at the Castle Door)

Our intoxicating model braved the chill of an October morning in the Scottish highlands to create this art nude next to a castle wall. 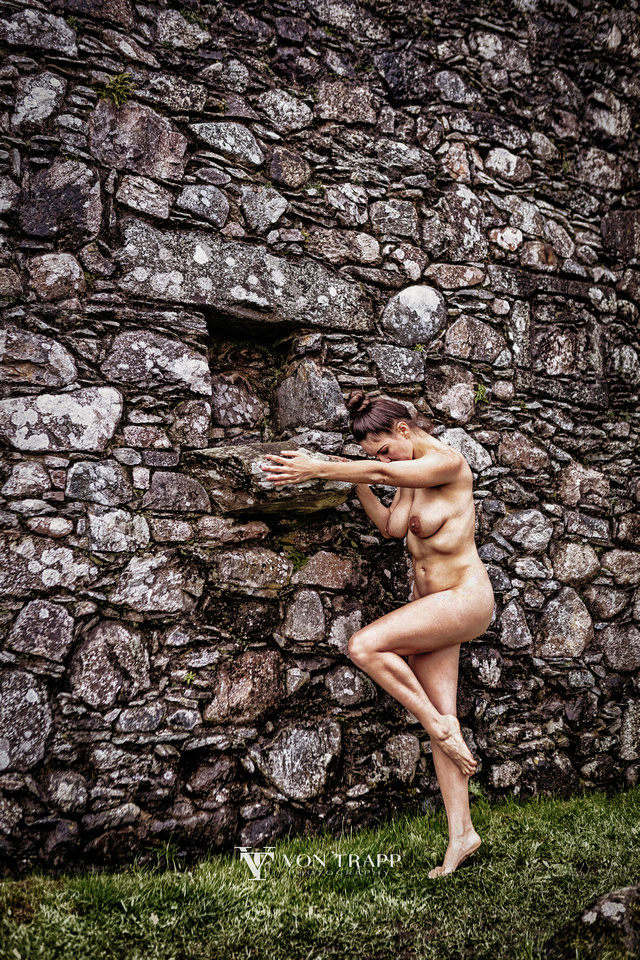 An Offering by Von Trapp Photography 2019.(From the series: Nude at the Castle Door)
Our intoxicating model braved the chill of an October morning in the Scottish highlands to create this art nude next to a castle wall. 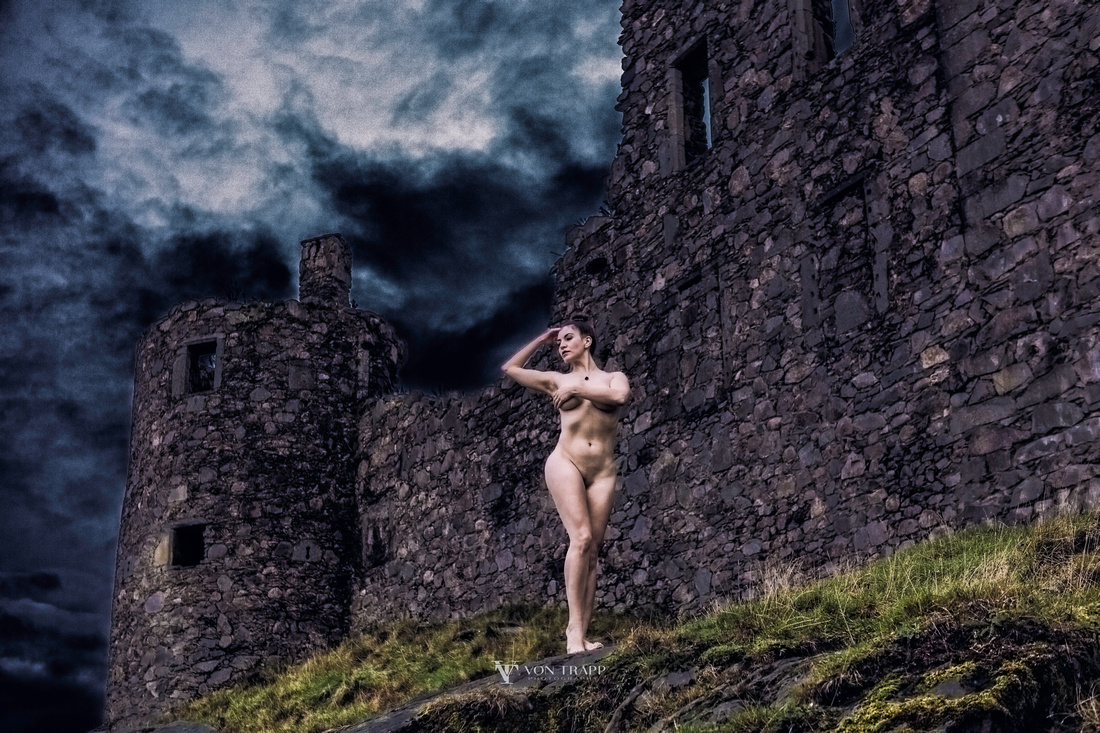 Kat at the Castle v.1 by Von Trapp Photography 2019.(From the series: Nude in a Scottish castle) Art nude shoot in the Scottish highlands. Model: Kat. 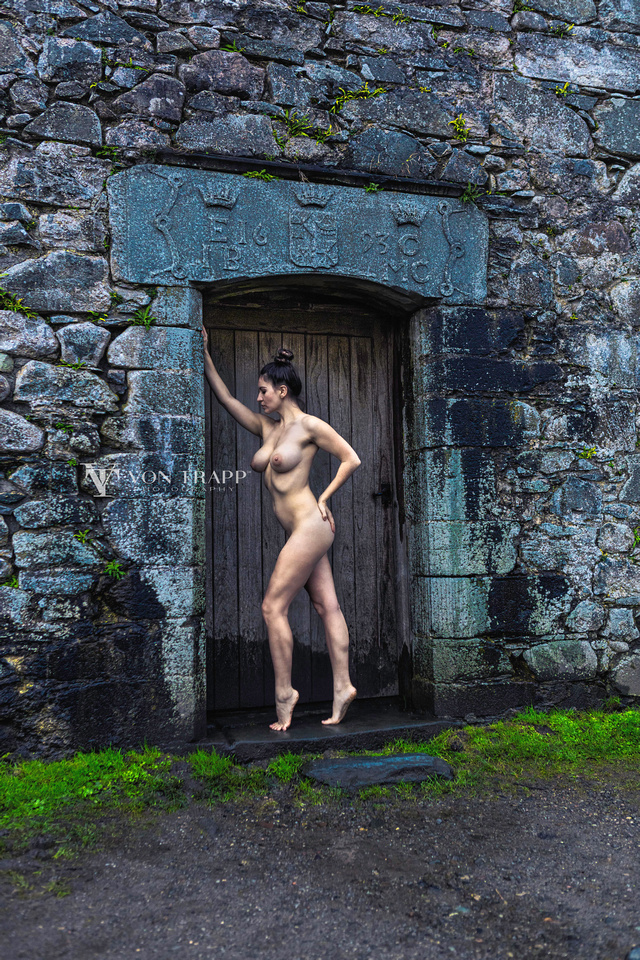 Our intoxicating model braved the chill of an October morning in the Scottish highlands to grace this doorway of a castle for our art nude shoot.

Kat makes for a stunning addition to this centuries old castle doorway in the Scottish Highlands. 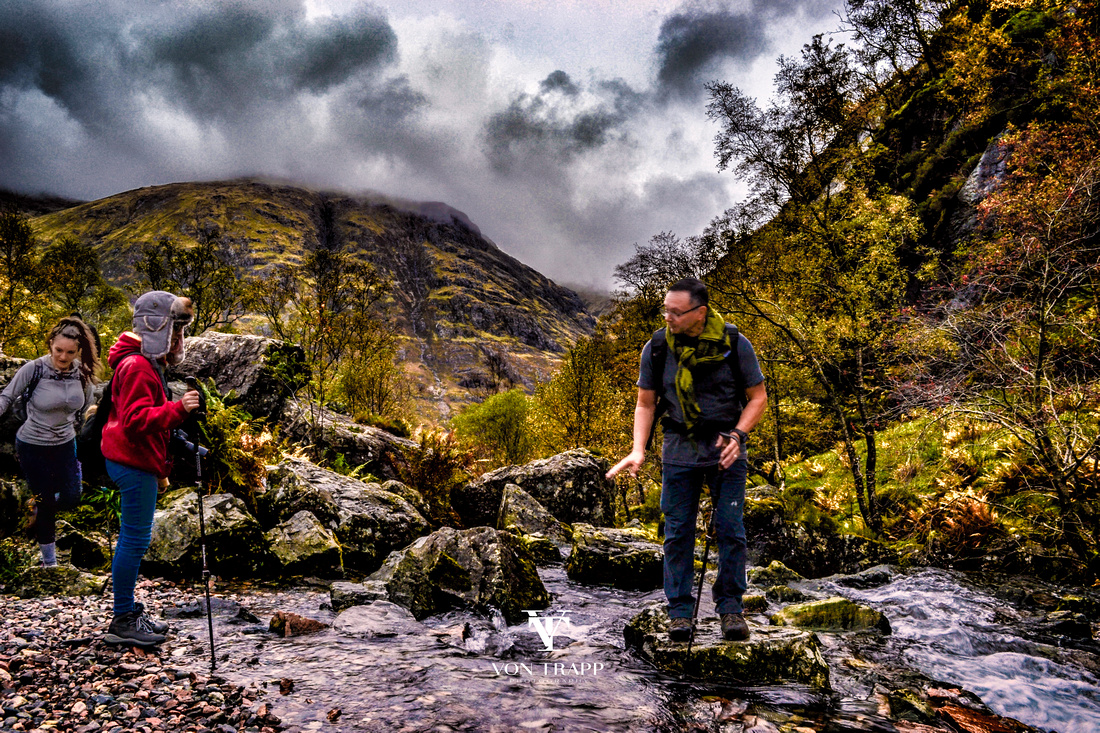 I planned this day as a hiking/sightseeing day when I guided the group up from the Glencoe Valley and into the "Hidden Valley" where I had visited twice before. It was made famous in the time of the Clans as a place where they took refuge and could hide their cows from the English Army. 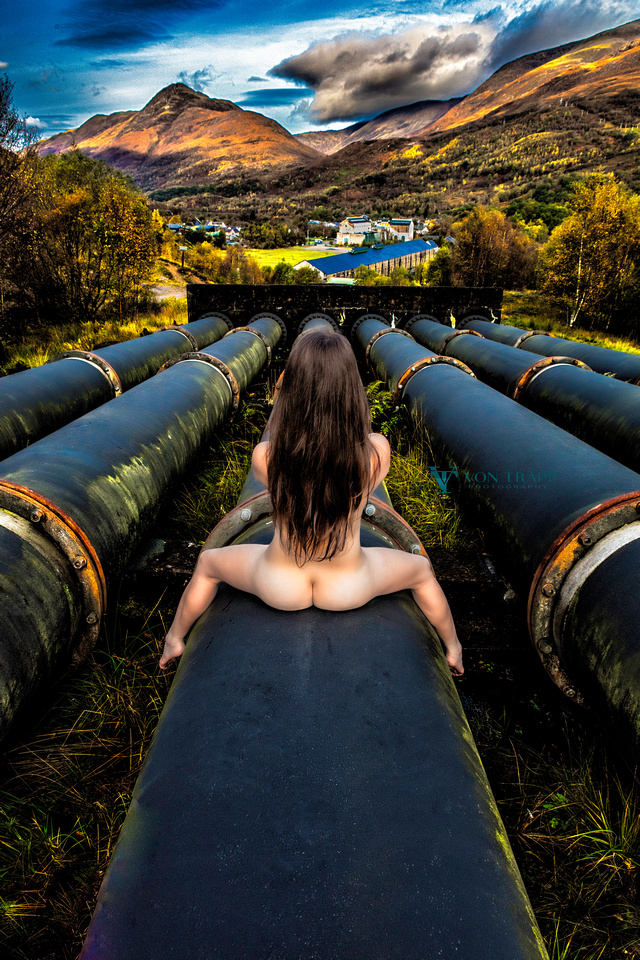 A Day Like No Other v.1 by Von Trapp Photography 2019.(From the series: Nude in the Scottish Highlands)

Photographed on the hydro pipes that lead to Kinlochleven in the highlands of Scotland.

Hydro pipes leading down to Kinlochleven

I found this location in 2018 whilst on a 100-mile hike along the famous West Highland Way. They lead down from a reservoir to the town of Kenlochleven. I was pleased to be back only a year later to create this image. I schedule it for the early morning, not only to have the rising sun behind the camera, but also for the model's comfort of having a less likely chance of being seen. In the satellite image below, you can see the trail (Old Military Road) running alongside of the pipes. As well as where I anticipated to park the "Beast" (motor home) 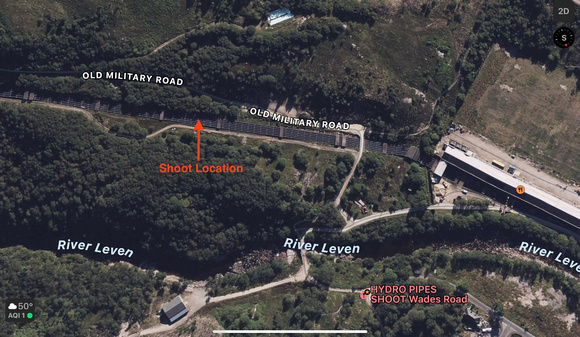 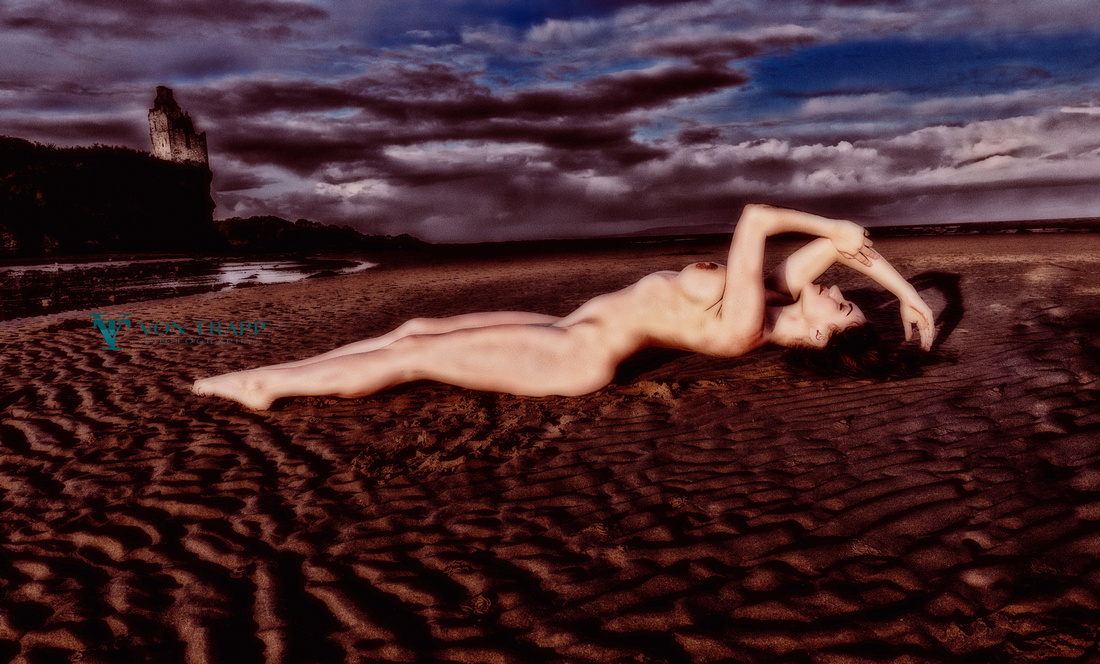 Dead in Your Tracks v.1 by Von Trapp Photography 2019.(From the series: Nude on a Scottish Beach)

Bathed in a luscious light, our lovely model created a captivating pose on a beach in Scotland. In the background on the heights are the ruins of Greenan Castle.

Created along the west coast of Scotland on the beach below Greenan Castle. 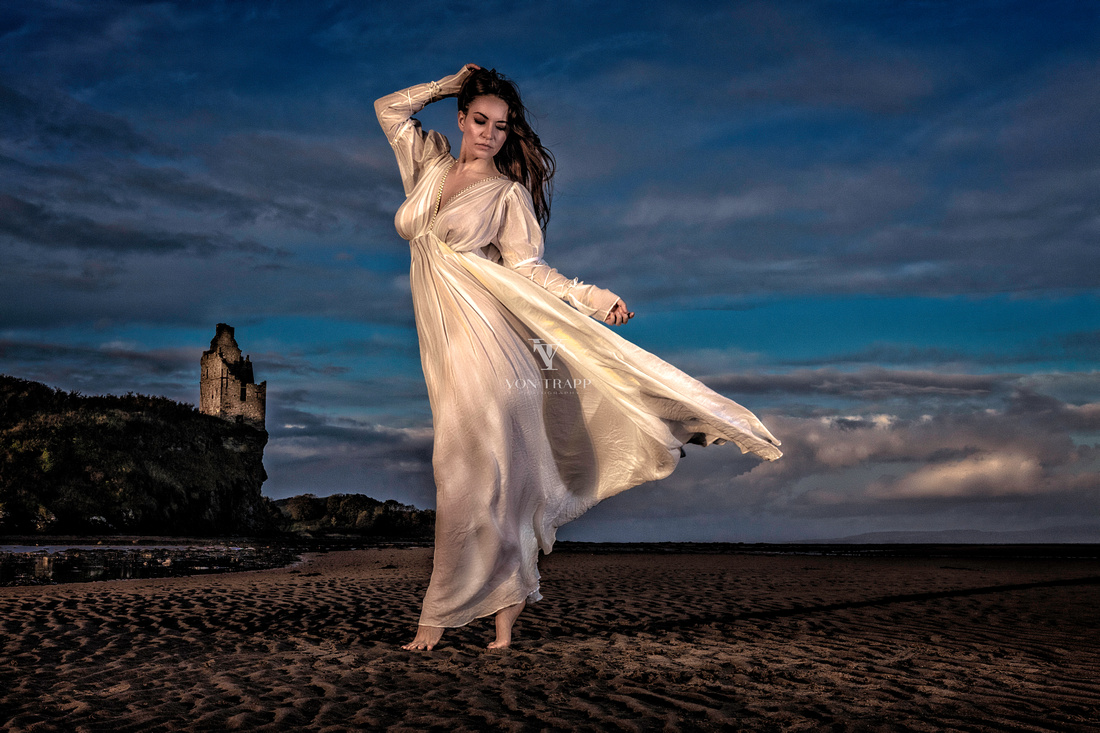 Our lovely model graces a beach in Scotland below Greenan Castle on a cold October day to create this image. Von Trapp Photography traveled to the Highlands of Scotland and Lake Distric of England for two weeks of shooting which yielded numerous wonderful captures of fine art.

With Greenan Castle behind her and adorned in her period correct shift our model creates a lovely early morning vision.

For the 2nd week we turned in our motor home and were the guests of our local host now in the English Lake District.
During this time we conducted further fine art shoots in a forest, river, Alpine lake, and a glen. Please return to read part 2, 3, and 4 of this grand photo adventure.

Thank you to everyone who did their part to make this project possible.