With a desire to expand the depth of my education and skill as a woman's photographer, I am venturing into the study of the pin-up, and have started exploring the genre.  My first steps into this art form have been into the iconic World War II era.  Although not the true beginning of the genre, it was an influential period with a large market interest for the all-Americain sweetheart used to "help with the war effort".

Recently I packed up my gear and traveled to Mobile Bay, home to the World War II battleship USS Alabama.   We planned a retro-inspired shoot aimed at capturing the feel of a WWII pinup.

Through out the war, sexy and evocative works of pin-up art were painted on the nose of combat aircraft as well as carried and posted by service members around the world.  They included women who were fully clothed showing some stocking top and garter or in shorts with a cropped top, to women in bathing suits, lingerie, and occasionally nude or implied nude.  These images became iconic of an era, however, the pin-up dates back to the 1800's in one form or another.

My images from the Alabama shoot do not faithfully represent the war years, the wardrobe is more correct for the early/mid 1950's.  However, I feel the retro-inspired look of these shots do indeed honor the countless images that went to war. 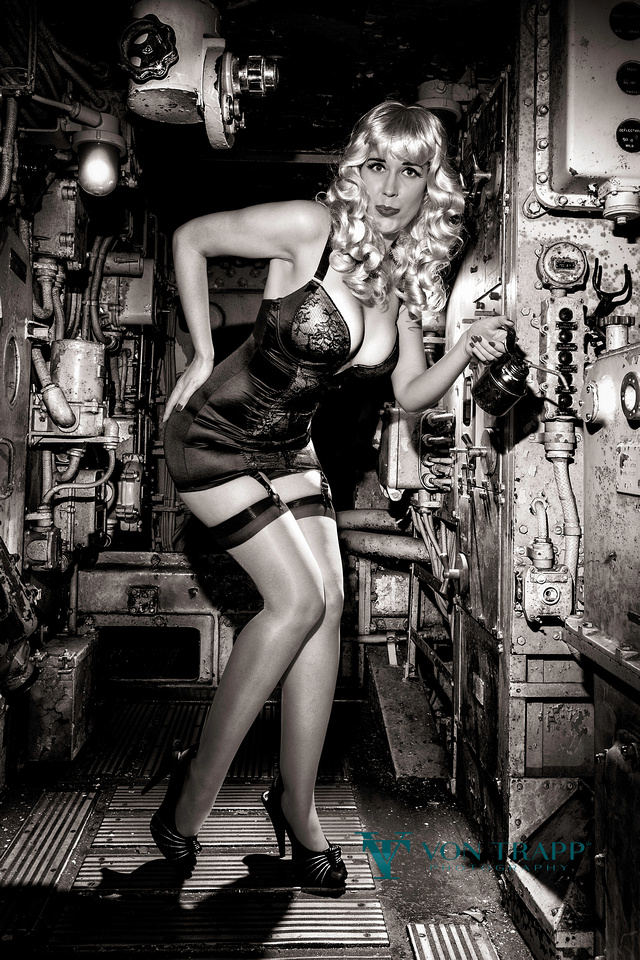 Dorothy by Von Trapp Glamour Photography 2015PinUp Glamour Inspired by the WWII pinup, we styled this image with shoes, lingerie and hair to hint at the feel of that era, and photographed on location abroad the USS Alabama. Model/HMU: Dorothy. From the Dorothy goes to sea series, homage to the WWII pinup.

Watch this U.S. Navy training video about the firing of the 16 inch gun. 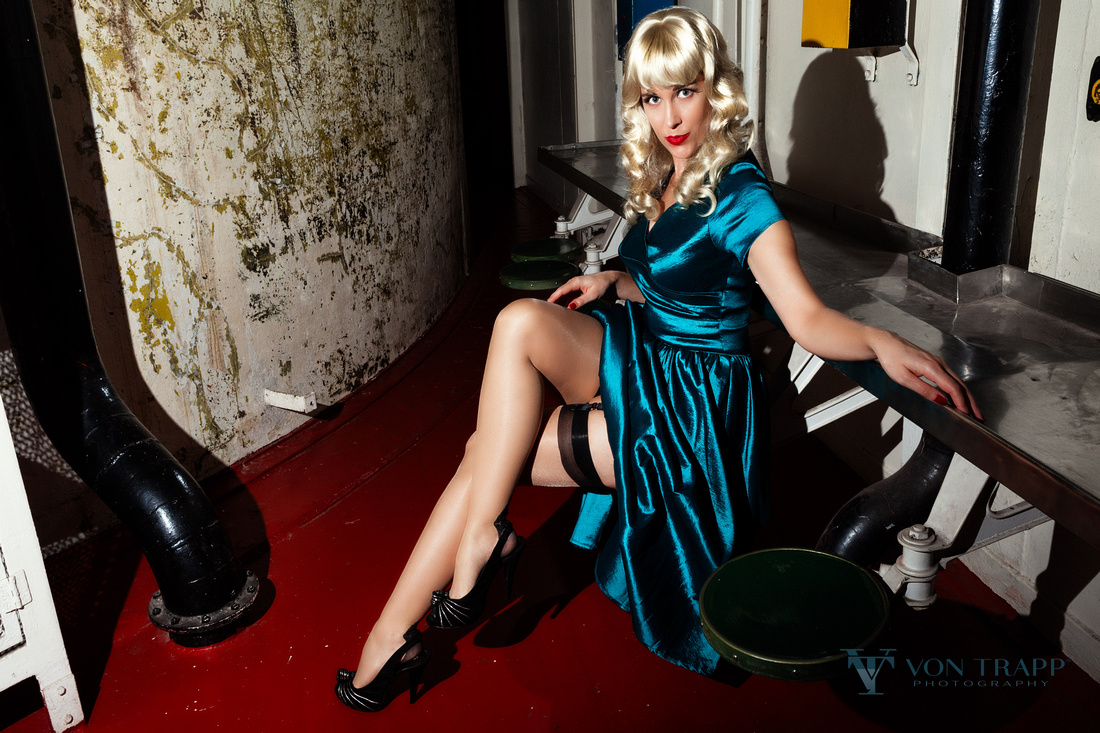 It is said that the three most popular pin-up images of WWII are of Betty Grable in her one piece bathing suit, Rita Hayworth wearing a form-fitting negligee and Jane Russell leaning against a haystack, her bodice at the breaking point.  Although these images were originally photographs that were made into posters and often reproduced as drawings and paintings, most pin-up art was some form of drawing or painting.

There were other photographs of lovely women that were available to service members as pin-ups.  Among them were images published in the weekly Yank Magazine.

"Miss A" by Von Trapp Photography 2015 | Austin, Dallas, Houston, San Antonio PinUp-Glamour-BoudoirRetro Inspired Glamour. This pinup styled glamour photograph was taken aboard the Battelship USS Alabama in the number two 16 inch main gun and styled to recreate the look of a 1940's Pin-Up image. Model/HMU: Dorothy. From the Dorothy goes to sea series, homage to the WWII pinup.

For more info about the evolution of the pin-up visit the sites below, and for your own chance to become a modern pin-up contact us at Von Trapp Photography.  Connecting you to your glamour.